THE LANGUAGE OF SEXUAL ECSTASY 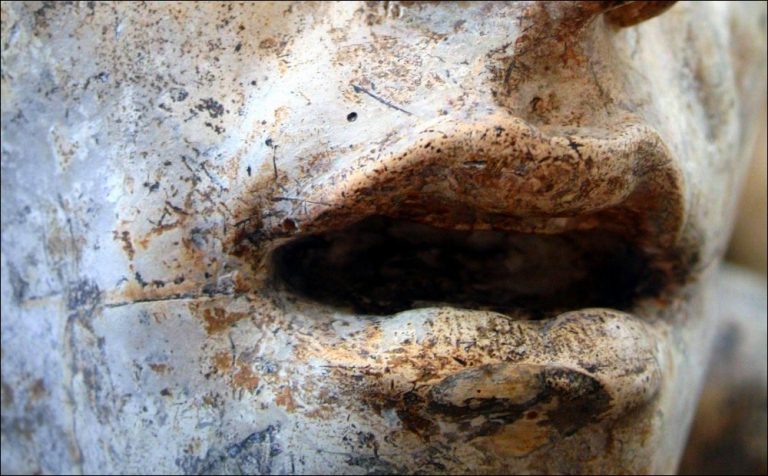 What I want to talk about is the idea that sex and sensuality are such loaded subjects in our culture that language, and ultimately fiction reflect our confusion about them. English-speaking societies engender an extraordinary number of ambivalent, sexist, self-punishing, guilt-ridden and disturbingly violent attitudes about sex, all of which are faithfully represented in the language or lack of it. As a result, common usage English-usually exuberantly diverse becomes barren in this area – there are not the words for sexual parts of the body, or for the processes of sex itself.

Freelance lexicographer Dr Gary Simes, who compiled the first Dictionary of Sex after many years of research noted ‘our language strongly reflects an anti-sex attitude – sex is filthy, dirty, the words are sexist, prejudiced, derogatory and suggest an underlying guilt.’

There is a simple index to prove this – the non-pejorative language available to a writer who wants to write about sex in a reasonably positive kind of way.  My story, ‘Queen of Love’ about an eighty-year old woman reminiscing with pleasure about old lovers, took me months to write because of this. And when I set out to write ‘Nights with Grace’ I wanted to celebrate the joys of the first sexual experience and first love. It struck me at  the time that the first sexual experience is almost universally panned as an anticlimax; unpleasant and even brutal. I was interested in the other kind of experience, also surprisingly common, of feelings so sweet and intense that any subsequent love affairs can never be quite the same.

This is a very difficult enterprise, achieving as it must, a balance between schmaltz and ecstasy, celebration, titillation and purple prose. What, however turned out to be most difficult was to find actual words and phrases which expressed the basics.

What for instance do you call the sexual act when you actually approve of it? ‘Making love’ always sounds as if there is an orchestra in white evening jackets playing Mantovani out on the terrace, ‘fucking’ is still offensive to a lot of people, and in any case has taken on the aura of a curse, screwing’ is downright repulsive and harsh, ‘sexual intercourse’ sounds like a traffic manual, act of love’ sounds like a saint taking care of a little, lost child and ‘having sex’ like eating breakfast on the run. None of these words or phrases are erotic, they are simply the ugly proof of our fears, guilt and hostility.

Everyone knows that Eskimoes have many different words for ‘snow’ and why, but they probably don’t know that there are eighty-four good, useable words or phrases for ‘to kill’ listed in Roget’s Thesaurus and only eighteen for ‘to fuck’ which include rarely used or obsolete terms  like ‘possess’, consummate a marriage’, ‘tumble’ ‘have’ or ‘do’ There are, broadly speaking, three main categories of sexual terminology, each of which illustrates different world views on sex, all equally bizarre.

There is the technical category with words like penis, vagina, sexual intercourse, sex, orgasm, and clitoris. These words are all ugly, cold and evocative only of a medical textbook.

Then there is the huge array of common usage slang. Words like cock, pussy, prick, screw, fuck, bonk, cunt which are mostly aggressive, hostile and tedious.  In this world, male terms usually suggest aggression, punishment, hostility or domination while female terms are nearly always passive, or if not, convey something frightening, foul or threatening. The term ‘nasty’ for vagina is a graphic example of this, as is the fact that cunt is probably the worst insult we can use. There is a lot of violent imagery – the penis as weapon, sex as an act of hostility, the woman as the violated. Often these words have started off as simple descriptions and it is depressing to see how they gradually become debased by their association with sex. As Gary Simes noted, ‘the slang language is violent and negative because it mostly comes from men telling other men about their conquests which are purely seen as sex objects.’

Germaine Greer in her classic ‘The Female Eunuch’ has an interesting chapter on how words about sex, especially relating to women and their sexual parts, become clouded and distorted by the negative feelings that accrue to them over time.

Thirdly, there is the euphemism category, where a spade is never called a spade and everything is thickly coated with sugar. The rising and falling of breasts, the open mouths, the hard jaws, the internal storms, the passionate hard kisses, the heroes straining slight bodies to their muscular ones and carrying them to bedrooms where they experience pleasures they never believed possible, are all in this realm.    Usually the heroes will dominate the women and call the tune , however independent and scornful she might be in the beginning, a genteel variation of domination, and ravishment.

Interestingly, above and beyond these categories there is one source of sexual language that is rich, evocative and affectionate. This is found in the body of folk language collected in various publications, including Jonathon Green’s ‘Slang Thesaurus’ but is not in common usage. This slang, most noticeably from black America is inventive, humorous and relaxed about sex. Unfortunately it would sound contrived in fiction. To have a woman character in an Australian novel for instance, talking nonchalantly about her ‘diddley-pout’ her ‘garden’ her ‘garden of Eden’ her ‘slice of life,’ poontang’ or even her ‘rubyfruit’ might sound just a mite self conscious. Splicing on these terms, however delicious, would be as doomed as the noble idea of esperanto. It is also interesting to note that in these collections there are few if any Aboriginal or Maori sexual terms.

Sometimes the motivation of the writer can be the only indication, and a speech Conrad Black gave in Toronto some years ago is a rather sinister example of one extreme. He was analysing his successful vision for the Telegraph as being ‘the practice of presenting Britain’s gamiest, kinkiest, most salacious and most scatalogical news with apparent sobriety but with the most explicit, almost sadistic detail, including carefully selected extracts from court transcripts’ a profitable practice in view of the history of the English appetite for ‘the indiscretions of paid clergy, the activities of paid flagellators and the rest of the vast English supermarket of unconventional sexual titillation.’ An appetite the Telegraph so willingly satisfied, to the profit of all.

Many fiction writers, in trying to avoid this kind of cheap titillation end up writing about sex in a clinical depersonalised way., with blow- by- blow accounts of anatomy, the gymnastics of sex and very little emotion. This can become very tedious without all the private delicious fantasies and colorations one’s mental processes bring to bear. It is like pinning a butterfly to the dissection board. Dorothy Parker complains about this when she writes about the merciless articulateness of modern writers in writing about sex. Before the actual consummation, after, and worst of all, during it, they discuss and analyse and debate and question and compare and prophesy and reminisce so that any joy is talked right out the window.’ Reading these ëplay by play reports of passion’ she wrote, ‘ have about as much thrill as looking over the blueprints for some stranger’s garage.’

This joylessness, brutality and curious lack of real pleasure underpins a lot of modern fiction, and modern Australian fiction unfortunately still tends to follow this tradition. Few Australian writers have the full bodied sensuality of  a Colette or a Neruda for instance.    In a surprising number of novels, sex is represented only by a laconic tussle which often as not ends up in mutual hatred, unwanted pregnancy or a revenge scenario. The women are hard done by and seem to find sex a terrible bore, the men are horny and insensitive-while both sexes give off a sense of shame and guilt, and of self loathing behind the bravado. In an uneasy mixture of porn and Mills and Boon, sex is conquest, gymnastics, a passionless score and nothing more. Our colonial and Victorian heritage has unfortunately been reinforced by a tradition of writers, mostly male, who at first glance would seem to be in direct opposition to it. There have been some pretty bizarre sexual exemplars held up to us by some of the major male novelists of this century. Their work, for all the brave libertarianism much-touted at the time, can be seen now in perspective as a mirror image of the same repressive, women-hating attitudes they were supposedly rebelling against.

It seems to me that both Lawrence and Miller for example saw sex as essentially a hostile act between two warring partners. In the Lawrentian view it is a kind of elaborate process of domination and subjugation – the ultimate pinnacle of it being to leave the woman lying in a swoon of adoration , her dark, savage unreachable core finally subdued, ad nauseam.

Miller’s ideas are not couched in such mystical terms, instead they are expressed in those interminable, strangely mechanical boring school-boy fantasies of his – violent seduction of the once-proud woman by the god-like prick, more weapon than flesh . The woman begging for more, but the man remaining untouched once his savage and wonderful lust has been appeased at least for a few hours anyway. It is well-known that Miller had a pathological hatred of his mother and certainly there seems to be an awful lot of revenge in the air, embarrassingly so. Another writer whom I read as a young girl and tried to like, was Nabakov. Although for instance, Lolita is a beautifully and lyrically written novel, and about a perfectly valid subject, the abduction and gradual corruption of a thirteen-year-old girl by a middle-aged man, it also involves the corruption of the reader as well. Who can not feel sorry for this poor likeable man with his delicate sensibilities that have been so abused by his crude little charge, when all he wants, this poetic man, is to have sex with her every night?

As a very young woman I read all these writers partly because of their reputation for breaking new ground in writing about sex, and such were the times, I felt I ought to appreciate their views on women and sexuality. In the end it was a relief to realise that these views were not only alien but rather repulsive to me, my own feelings about sex had to do with another language altogether.

In western society for nearly two centuries, the constraints on women writing about their own sexuality or even admitting to enjoying it have been all-pervasive, and have meant that a male view of female sexuality has been predominant in published fiction.    It has only been relatively recently that women writers have begun to explore their feelings honestly. It is a joy and relief to find a language about sex which reflects my own feelings and which does not infuriate, offend or bore me.

A broad cross-section of women writers from Colette, to Alice Munro to Angela Carter (and in Australia from Dorothy Hewett to Fiona McGregor) have found a language to express their sexuality – a language of eroticism , love, celebration and restraint, language which is above all recognisable to women like myself as approximating the pleasures and pain of it. It is language which is very moving in its precision, power and intensity – and a reassuring sign that language can spring fresh and unmuddied from new sources.