The death on 4 May of Rosie Scott — novelist, poet, critic, teacher, editor, mentor and activist — has left a deep void in Australian life. Scott was well known for her passion for social justice, her empathy for the marginalised and dispossessed, her commitment to freedom of speech, her love of literature, and for the beauty of her own writing.

Born in 1948 in New Zealand and raised in an intellectual, bohemian household, Scott developed an early love of books and writing that shaped the rest of her life. She was educated at Auckland University and Victoria University, studying English and drama, and finally Western Sydney University, where she earned her doctorate.

Her first book, Flesh and Blood, a collection of poetry, appeared in 1984. Four years later she published her acclaimed first novel, Glory Days, which portrayed Auckland’s subculture and demonstrated the poetic style and compassionate voice that would be distinctly hers from here on; this was soon followed by a collection of short stories, Queen of Love (1989).

By this time she was married to filmmaker and science writer Danny Vendramini, whom she’d met in 1972, and they had two daughters, Josie and Bella. The family had also moved to Australia, living first in Brisbane, then in Sydney’s Glebe. Scott went on to publish another five books of fiction, the final being the novel Faith Singer (2003) which is set in Kings Cross and was acclaimed both locally and internationally.

But while by the 1990s Scott was one of our most prominent and beloved writers, she was also strongly committed to activism. In later life she devoted her time to nurturing the careers of others, happily neglecting her own, focussing especially on asylum seekers, on supporting new and emerging writers, and enabling otherwise hidden stories to be told.

Scott was fearless in her convictions, uncaring if considered a bleeding heart, indeed proud of wearing this bleeding heart on her sleeve, chest, forehead, everywhere.  She was outraged and furious that in the adopted country that she loved (she was naturalised in 1997), asylum seekers should be locked up in detention centres, and in particular that children could be punished for being refugees.

She was also sweetly persuasive at drawing others into her activities. Friends often wondered how they had been so easily co-opted into various causes they had not even realised they supported, until Scott phoned them with her characteristic greeting, ‘Hello love, I was just wondering …’

Through organisations such as ChilOut, Sydney PEN and ANTaR, she fought on behalf of children in detention, writers in prison and detention centres, Indigenous people suffering discrimination, and for the rights of underprivileged women.  A long commitment to authors’ professional conditions saw her elected chair of the management committee of the Australian Society of Authors, and later being appointed to its Permanent Council. 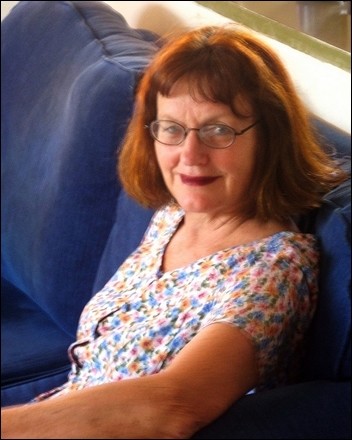 One of Scott’s most important achievements was the national reconciliation organisation, Women for Wik, which she co-founded in 1997 following the Royal Commission into the Stolen Generations. Its events included a moving tribute to stories of Indigenous women: Scott believed others needed to hear these women first hand, to understand their suffering and resilience.

But while she worked tirelessly and voluntarily on many causes and projects, she was no Mrs Jellyby: she never neglected those closest to her, and her devotion to her family was well known. Her friends all understood what a rare gift her friendship was. Everything about Scott was genuine and generous: her calm wisdom and natural warmth meant people often sought her advice.

Scott was a mentor to emerging writers and taught in several places, including Long Bay (to high security violent inmates, which undaunted her). As a casual teacher at the University of Technology Sydney, she exerted a special quality that made her students want to write their best. One of them insisted she should be nominated for a Nobel Prize for teaching, such was her inspiring approach and keen critical eye.

Modesty was so integral to Scott’s character that few perhaps realised the extent of her awards and nominations for her literary and humanitarian work. These included the National Playwrights’ Award for Say Thank You To the Lady (later filmed as Redheads), the inaugural Sydney PEN Award, and the NSW Premier’s Special Award in 2016.

Scott was quietly gratified by all this but when it came to her Order of Australia medal her immensely proud family wouldn’t stand for any more modesty, ignoring instructions to keep news of the award confidential until Australia Day 2016, and cheerfully broadcasting it to anyone.

One honour that meant a great deal to her was the inclusion of Faith Singer in a list of ‘50 Essential Reads by Living Writers’ (compiled by the Guardian, et al) because this meant it was being valued by readers from all around the world.

Scott’s devotion to reading was extraordinary. In one of her last published pieces, a memoir about her reading life, she described how having learnt to read early, she began a ‘lifelong habit of reading continuously and at great speed, ravenous as a junkie, never tiring of it’. The day after undergoing radical brain surgery for the removal of a tumour, she remained this junkie, getting through four books a day, still in her hospital bed.

Reading, she wrote, provided her with a ‘moral compass’, enabling her to articulate the political ideas and passions that would define her life and work. This moral compass can be clearly seen in her final three books, the two collections she edited with Tom Keneally, Another Country (2004), and A Country Too Far (2013), and her collaboration with Anita Heiss, The Intervention (2015). In A Country Too Far she wrote about the ‘power of language’ to be compassionate and inspiring: her own writing proved this again and again.

A smiling beacon of love and joy wherever she went (and she loved to travel) Scott also had her subversive side as well as a mischievous streak. While she would rarely speak ill of others she was keenly aware of their faults, particularly if they were people in power whom she never hesitated to call to account.  She also loved art, walking, good food and music: the title of her first novel, Glory Days, was taken from the Bruce Springsteen song.

It is hard to believe Scott received quite as much back from this world as she gave it. Poignantly, her dear friend the author Georgia Blain died of the same condition in December 2016, while Blain’s mother Anne Deveson, equally dear, passed away within days of her daughter.

These three writers shared a unique relationship: Scott was Deveson’s colleague, co-activist and friend, and she was also literary mentor to both, helping usher their first books into the world. She would have deplored the cliché, but it seems that a rare and special chapter in Australian literary life has now closed.

Scott’s final hours passed away peacefully at home with her family, listening to the music of Gurrumul. She is survived by Danny, Josie and Bella, and granddaughters Siona and Sabela, and leaves a legacy of love and kindness in the hearts of her readers, friends and admirers everywhere.

Debra Adelaide is an Australian novelist, essayist, editor and academic who teaches creative writing at the University of Technology Sydney.