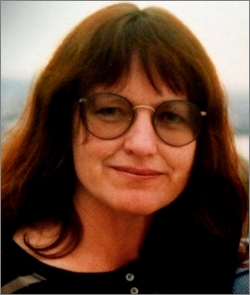 Dr Rosie Scott, AM, was a distinguished Australian novelist, poet, essayist, critic, teacher, editor and mentor, as well as a passionate advocate for human rights and social justice.This website celebrates her life and writing.It also provides a portal for The Rosie Scott Writers Studio, a new residential retreat for Australian and New Zealand writers, located in the World Heritage listed Blue Mountains. 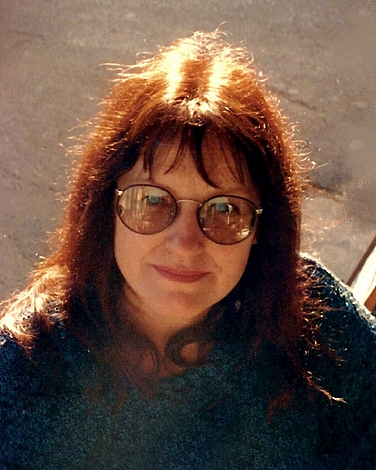 Rosie Scott was the highly acclaimed author of six novels, plus a collection each of short stories, poems and essays. Her novels were finalists in major book awards including, the NSW  Premiers Fiction Award, The Banjo Patterson Writing Award, The National Book Award and The New Zealand National Book Awards. She also co-edited two anthologies.

Rosie’s last novel, Faith Singer was selected as one of the ’50 Essential Reads by Contemporary Writers’ compiled by the international Orange committee, the Guardian and Hay Festival.

Her only stage play, Say Thank You to the Lady won the Bruce Mason National Playwrights Award and was adapted into the multi award-winning film, Redheads (dir. Danny Vendramini).

Rosie expressed her political activism as co-editor of two anthologies. The first, ‘A Country Too Far; Writings on Asylum Seekers’ (co-edited with Tom Keneally) brought together 25 of Australia’s best writers to explore the refugee experience. The second, (and her final book) was ‘The Intervention: An Anthology’ (2015) co-edited with Anita Heiss, which examined the Australian Government’s ‘Intervention’ in the Northern Territory, and its dire impact on First Nations people.

Rosie was a co-founder of ‘Women for Wik’, (which fought for Aboriginal land rights) and ‘We’re Better Than This’, (to get children out of detention), and was nominated for the Education section of the 100 most influential people in Sydney for her work in mentoring and teaching asylum seekers. She was also a permanent member of the Council of the Australian Society of Authors and served as its chairperson,

Rosie received the Sydney PEN Award in 2006. Along with Tom Keneally, she was also nominated for The Human Rights Medal.

In 2016 Rosie Scott was awarded The Premier’s Award for Literature at the NSW Premier’s Literary Awards.

On Australia Day, 2016, Rosie was awarded  Member (AM) in the General Division of The Order of Australia Honours in recognition of her ‘outstanding achievement and service to Australia and humanity’. The citation acknowledged her ‘significant service to literature as an author and to human rights and inter-cultural understanding.’

A woman of substance as well as girth, this big-hearted earth mother knocks us off our pins in Rosie Scott’s Glory Days-all this in an introspective voice that’s rich in poetry and raw with anguish.

Her work is sensuously alive like that of few other writers- I can think only of Colette and Edna O’Brien.

Dazzling sordid first novel..whose poetic grittiness makes these tales of Auckland’s fringe people a stand-out. This unconventional heroine is unforgettable. The characterisations, the sheer energy and driving imagination make this a potent read.

Scott continues to reveal  her great gifts as a passionate, intelligent and articulate creator of the mumblings of the human heart.

Rosie Scott is a born writer. She has fluency, honesty, cheek and charm and insatiable curiosity. She is a storyteller who stops to examine everything.

Rosie Scott’s best writing is breathtaking. Here is an author who entices her readers into complacency only to astound them with inspired passages as rich and evocative as any in literature… At its best Rosie Scott’s writing is reminiscent  of the work of the Colombian genius, Gabriel Garcia Marquez.

Her work is engulfingly, satiatingly sensuous. She uses language that is rich, elegant and poetic, above all there is an honesty about her work that is utterly compelling.

In these times more than ever we need writers clear-sighted enough to see through the lies and brave enough to speak out against them. Rosie Scott is such a writer.  We need writers like Scott with her buoyant spirit and faith in humanity, with her clarity and verve.

She never compromises her commitment to the integrity, clarity of vision and moral seriousness that are the hallmarks of great fiction.

Scott weaves a pattern of events and relationships that are charged with ecstasy, hope, paranoia fear, “the mud and slime of it all.” In the process she not only stirs the imagination vigorously, she also touches the heart.

Rosie Scott is one of the finest writers working in this country (though like Jane Campion she’s a New Zealander.) She’s wise, witty, sharply observant, truthful and empathetic.