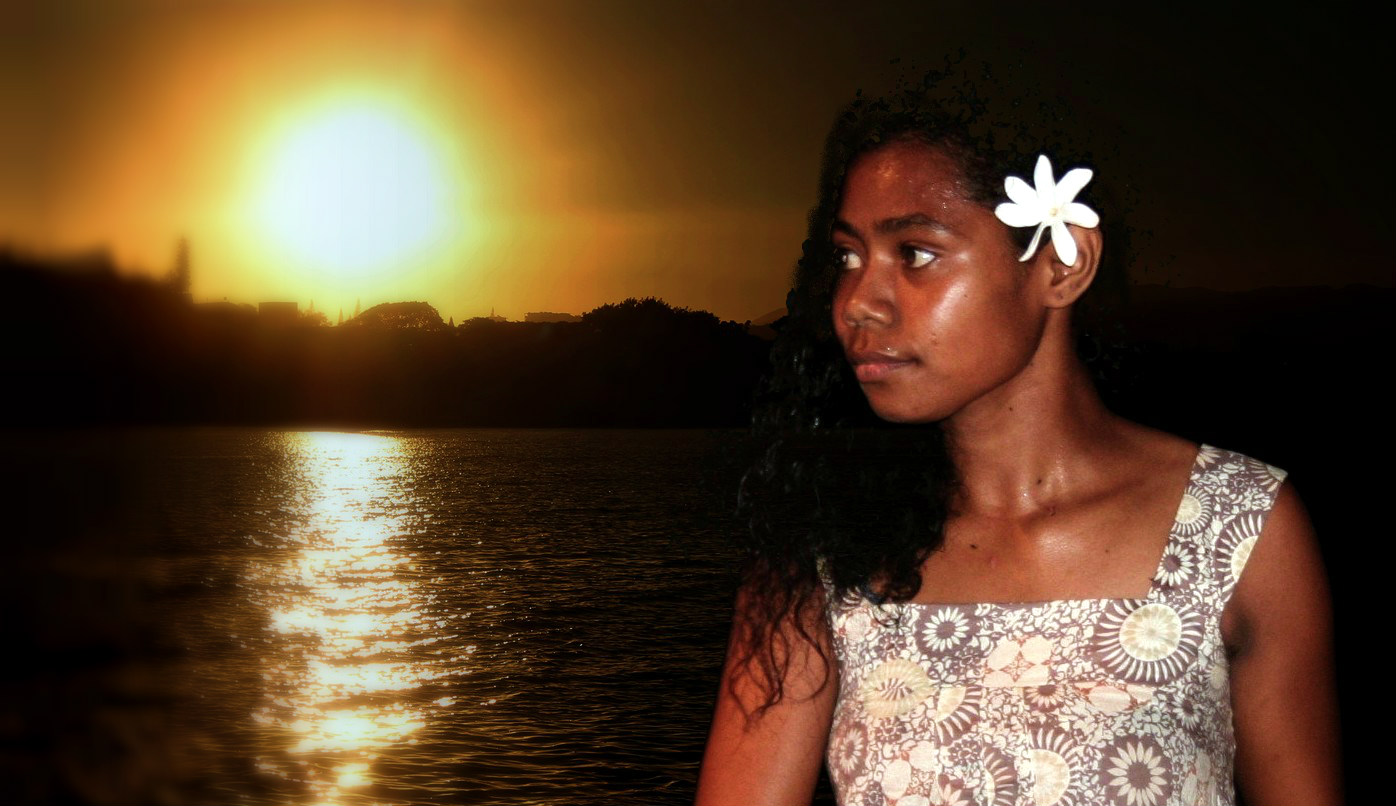 The summer she turned seventeen, Grace spent a lot of her time dreaming. She sat for hours  on the shadowy verandah fanning herself, gazing absently out at the garden  where the trees flamed and glittered in the heat. Sitting there in the shadow she could hear the walls of the house cracking as they dried out, and the weathered ironwood had the resinous, slightly acid smell she had associated since childhood with hot langorous days  dreaming on the sofa , the faint  stirring of some indefinable longing.

She had lived there with her mother for years, the mynahs squawking outside in the trees and Te Rua Manga in the distance like a magic mountain rearing up above the jungle.  There was something beautiful and momentous abut the place – the wild clearing, the graceful, derelict house had an ease and unconstraint about them  which always touched her imagination.  It was a setting beyond the bounds of ordinary life, and to her the green peaks of the mountain on the horizon, the tangled garden were nostalgic images of freedom and possibility.   She liked the sombre peace of the sky there, the heat and silence of the valley, the fact that the house was still as it had been since they’d found it. It was her favourite place for dreaming and that summer she sat there day after day, trancelike, as if she were travelling slowly through landscapes so compelling she had to give all her attention to them.

‘So what are you going to do with your life?” her mother Mara asked in the middle of summer.

It was one of  those sweltering sweaty afternoons and the kitchen was swarming with flies. She was sitting drinking at the table, beautiful, her hair twisted carelessly in a knot at the back of her head, violet shadows under her eyes from a lifetime of sleepless nights.

“I might have mentioned this before Grace, but you’re so creamy and thuggish at the moment I feel as if I ought to watch you for my own safety. For years if necessary.”

There was a man there of course, Raoul the Frenchman. He said apologetically,

“Mara, I don’t believe it’s necessary to talk like that to a teenage daughter. She’s only growing into a beautiful  woman, that’s all. There’s no mystery about this.”

“Ah yes,” she said, giving him a considering look with her tired, tired eyes.” But a change like that is not as simple as it sounds. Some of them have to feed on their mother’s flesh to get exactly the right texture to the skin. “

Raoul closed his eyes in pain, shaking his head slowly.

“Ah, Mara. Tch, tch, tch,” was all he could say darting a look at Grace as if afraid at what he’s see.

“I am actually here,” Grace said.

“If that were truly so, Grace,” her mother said.  She glanced at Raoul’s sorrowful face. ‘It’s all very well for you, Raoul. You don’t actually have to live with her. Look at her there, so innocent it could melt your stony heart. She has all sorts of secrets she doesn’t want to share with me now.”

“But Mara,” he said doggedly “that’s no way to talk to your daughter. You’ll never  make me believe this, that talk like that is good for her.”

“It’s a pathology to do with living in the jungle,” Grace said.     “Isolation, treachery, you name it. She has this dangerous gift for words and no outside influences.”

Raoul got up to find another drink.  He was the nervous about the wild talk going on around him. Balding, anxious, sweating , he was a civilised man who only wanted a little kindness.

“So are you enjoying  your job?” he said , his voice scratchy with trying to please.

“Yes she is,” Mara said after a short silence. “She loves it, don’t you Grace?” She began to sing in her lovely booze-cracked voice     “Oh Paradiso! Oh, come to me. The sleep of death brings you always closer!”

“What do you mean , brings you always closer?” Grace asked.     She was extremely tired. “It sounds all wrong.”

She was making inroads into life even if her mother hadn’t noticed.  Her dreaminess only camouflaged intense mental processes. Her allegiances were to a private self that she never revealed to anyone, to  the place where she was born and to certain people in her life.

Sometimes late at night she looked at herself secretly in the mirror, watched her eyes and skin so closely that each feature lost context and became a map of unknown territories. Gaping pores, the cataclysmic beginnings of a pimple on the corner of her mouth, her eyes liquid and shining with the light of consciousness riding like quicksilver in their sockets.  Saliva bubbling on the roots of her tongue, hair sprouting like straw on her cheeks , her teeth close up a dirty yellow. The ugliness gave her something definite, it made her able to see her own physical particularity.  Lying on the mattress she felt her breasts, slipped one hand tenderly between her soft thighs and touched the rough hair, the wetness inside. It gave her  a  powerful feeling of understanding, as if she had known all along  about the mysterious processes going on in her, spreading like bubbles through her blood. At times like that she was preoccupied  with monitoring herself , listening for signs, she heard voices, her blood singing in her veins, the quiet formation of intricate tender structures going on inside her.  She looked at her face in the mirror, her eyes gravely staring back at her and felt the power of her own existence stirring.

She said to herself, testing, “An old women at seventeen,” because she wanted to see her own answering amused smile, feel the comfort of her existence, the perfect understanding between her and her mirror self. 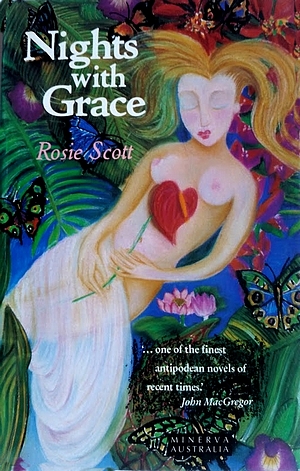 It was the same with her daily life, her job at the Paradise Bar, her long walk home each night along the Ara Tapu, with the rustling jungle around her and the sound of the sea as regular and familiar to her as her own heartbeat. She felt all the silent awareness of an animal as it stands alert for danger, dissolving itself into the leaves if need be.

Because that was her life, the jungle round the house, the night walk through lonely roads, a huge black fish swimming silently beneath her, rasping her back as she floated in the dark, men calling to her hungrily, the  long vigils in private places.

And there was also her mother and the legend of her. The mother who arrived in Rarotonga years ago, stepping off the boat with her husband, was so beautiful  that the entire wharf came to a standstill.  Her husband a Land Court judge , was newly appointed but there was no interest in him that morning.   Everyone had eyes only for her, his young wife, that stunning languid beauty on his arm . With those startling blue eyes  like reflections of the sea, hair down to her waist, dreamy, preoccupied with her own secret thoughts, she was like a vision to their sleeping town.

Grace had always been able to see her vividly, that golden girl as she stepped off the wharf into the crowd of waiting admirers, like a princess going to the scaffold.  Again and again in slow motion she imagined  her until the scene dissolved into the pure wash of the Pacific air. A halo of gold for her hair, china-pink for her cheeks and dress, blood-red for the ring on her finger.  Grace still saw everything as simply and clearly as she did when she was first told the story as a child. But she soon realised that not many daughters had childhood legends of such richness and cruelty to feed them and also disentangle themselves from.

“It’s not as if I haven’t tried,” Mara told her once when she was too small to understand.  “It’s not my fault if circumstances were  against me. I’ve always done my best, Grace. I can’t help it if the Lord’s given me such an unruly sex drive.”

She had burst out laughing at the time and Grace joined in out of love. It was just after they’d been thrown out of their rented house. The landlord had found Mara   in bed with the Congregational minister. Someone had told them about a house abandoned in the jungle , so they moved in that day and had been camping there ever since.   They slept on mattresses, there were some Island mats scattered around, Mara’s books, a cooker, the TV for Mara’s videos, a feeling of dusty peace in the rooms.  That was their life together. Mara occasionally went up to the shop looking like a decrepit duchess, her dress dirty around the hem and covered with strange map-like stains, everyone calling her a whore and a drunk behind her back. Not that she cared, she never judged herself by other peoples’ standards.  Her life had been a tour through the underside of the polite society of their town for years, so she had no illusions.  Being fawned over and ridiculed was all the same to Mara, nothing ever stopped the secret pilgrimage of men to her bedroom window.  With her crazy sardonic courage and her arrogance there was nothing she was scared of.

It wasn’t the same with Grace, she knew she had none of that life-burning charisma, none of the wicked qualities which would make people change their lives and follow, dazzled down her path as they did with Mara. She was too quiet to attract that sort of attention. Her mother was no help to her because she had her own daily lifetime predicaments to handle, with little energy left over for anyone else.

“Now listen, Grace. I have to be honest, I don’t know who your father is. There were so many of them around at the time. It’s shitty for you, Grace, I know, but all I can do is narrow it down. And that’s a dangerous exercise,” she told her.

An unknown father wasn’t news to Grace but it still wounded her.  When she came home from work and sat alone in her bedroom, the heavy scent of frangipani wafting through the open window, she wrote poems to her lost father, a big glittering piece writing spreading like a sheet of ice. On the other side of the house, the cold blue light of the video flickered on her mother’s unconscious face, her snores rocked the foundations. On those late sweet nights Mara slept the deep sleep of the righteous, her snores echoing like the roar of a lion. It was a sound as comforting to Grace as the sea.