I first saw Angel on one of those electric Kings Cross nights wild with hunting and testosterone. I had my coat wrapped tightly around me against the cold. The mass of bodies jostling together in the wintry dark was so dense I didn’t see the young girl squatting like a gypsy on the footpath until I tripped right onto her. She looked up at me with blue eyes serene and unclouded as a child’s.

‘Sorry,’ I said, still teetering out of balance against the shop-front, but she didn’t answer, seemingly oblivious to me and the swarms of people brushing cruelly past her. There was a dreamy stillness about her as if she was concentrating on something beyond her surroundings. She was quite beautiful with her slender neck, a funny little cloche hat framing her face.

As I righted myself, an old man stopped beside us. He was so close I could hear the suck of his dentures and smell his spermy clothes. Living where I did there were so many tragedies in the air it was hard to take them all personally, so I was surprised to feel a surge of rage. It was a crime against nature to see a beautiful child like that get up off the ground, bend her graceful neck towards him to catch what he said, and walk off beside him as he snuffled and dribbled, his clawy old hands already scrabbling at her hip.

I stared at them, furious, nerving myself to run after them and make a scene. It wasn’t that I had any scruples about doing it- she looked far too young to be making that kind of deadly decision with any real understanding of the damage, and for once even the law was on my side. My hesitation was more to do with the affront to her, there was a dignified quality about her that would have been shamed by such an attack. Here I was, a tall woman in an elegantly seedy coat and flashing eyes about to pull an old man off a young working girl. Had it really come to that? Was this the end result of a lifetime’s hard-won philosophy? That last twitch of a social conscience? An image of suffragettes barging into pubs and breaking whisky bottles, being savaged by drunks made me smile reluctantly to myself. Sometimes even I was surprised by the knockout impulses that came to me when I least expected them, though I’d learned to trust their provenance.

As I stood there undecided, fizzy with adrenaline, people milling around me, they disappeared into the crowd and the moment was lost.

At work Antonio was leaning on the counter in his usual position, his big body hunched over, staring ahead, his brown eyes deepset and exhausted. I asked him about her as I walked in the door and put my coat away.

‘Outside that discount place? The little girl? That’ll be Angel. 13 or 14,’
She looks younger.’

I went into the kitchen to clean up.

‘Is she a junkie?’ I called out to him, and then too late thought better of it.

‘Don’t tell me,’ he said. ‘Let me guess. You want to find her and bring her here to my coffee bar. You want to scare away good customers and ruin my life.’ ‘That’s right,’ I said absently. ‘Your downfall and losing my job is all I dream of.’

‘Angel.’ he said to himself. ‘What kind of name is that for Christ’s sake?’
Coming into the Bar Calais was always like entering a silent underwater world , sealed off from the mayhem outside. Its inhabitants, hunched up in the booths, were mostly secretive and solitary, their conversations conspiratorial, the words exchanged kept minimal from the sheer duress of their lives. Nothing had changed there for years, even the gloom was permanent, a thick miasma of smoke and shadows whatever time of day or night . It was the sort of place I felt comfortable in , with its deep-sea currents, innocent shabbiness, the strange customers who came and went, sleepwalkers, immersed in their own worlds.

I came out of the kitchen and leaned beside him on the counter.
‘We’re running out of dishwasher powder.’
‘She looks like a good girl, too,’ he said as if I hadn’t spoken. ‘I don’t like her chances now she’s joined the circus.’

I thought of her young, still face and the wheezing man with his spotted old hands.

‘Ah, the poor little thing. I wonder if that bastard has grand-daughters.’
Sometimes it was too much, that kind of long-drawn-out observer agony of watching children sink under the terrible weight of heroin and no way to help except show a little kindness.

‘What can you do?’ Antonio said. He wasn’t a hardhearted man but he had his own preoccupations -his mother for instance, who still held the purse-strings from her sick-bed. She was full of the kind of deceitful labyrinths a warm-hearted son would never be able to escape from, even in a lifetime. He had no energy left from this unending primal struggle, and trying to keep the place afloat.

‘You could let them stay here and sleep it off,’ I said and went back into the kitchen. The dishwasher had stopped and I set to work unstacking and wiping down the benches. It was calming, straightforward work that kept my mind free for private meditations..

‘It’s all very well for you,’ he said, unmoved. ‘You can afford a kind heart. I’m trying to run a business.’

‘Give me a break,’ I said to him through the open door. ‘I’m just cleaning up behind you. I’m a 52 year old woman doing her sad job, and my hair is turning white.’ 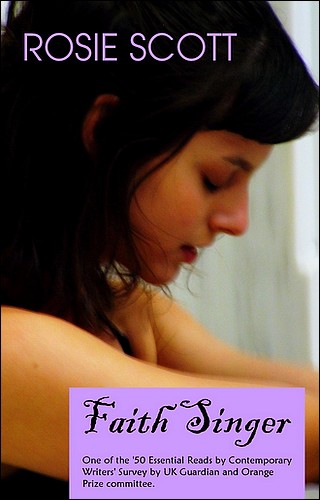 I always felt as if I was joining a parade when I walked out of the place at night. It was like a never-ending carnival weaving in and out along Darlinghurst Road, past neon white-lit shop-fronts and the darkness that hovered at the edge, through the clang of traffic and shouts of grief and rage that seemed to be coming out of thin air. It was a parade electric with life, throngs of people out on the town hyped up by the proximity of so much sex and money, glitter and darkness.

The hunters and the hunted, prey and predator, voyeurs and pedophiles, thieves and junkies, killers and damaged children – the lost , the lonely, the homeless, the murderous, the freakish, all of them mingling with the tourists, dropping in and out of the parade to conduct their business in the frowsty doorways, back alleys, brothels, restaurants and shooting galleries. They did everything in short-hand – a set of prearranged signals, unspoken language, a ritual played out on the streets day and night, silent nods and handshakes, the passing over of money and drugs, shrill whistles of warning, greeting and recognition. On some nights the strip was manic, as if it was on the edge of some revelation, people out of their head with the excitement and fear of it, drowning in the heady currents. When I was depressed it reminded me of the Dance of Death-all of us affected by the plague, out there on the streets in a last fevered passeggiata. There were the same unmistakably powerful motivations – sex and murder only some of the life and death considerations. There were so many human extremes in the crowd; young children like lost angels, people with faces so smeared with evil I had to look away for safety.

It was the only public place I knew where polite masks came off and showed the truth of what lay underneath, so urgent were the purposes of the seething crowds. It was one of the reasons I liked living there, for all the grief and sleaze-people living on the edge had no time for hypocrisy and let their lives show in their faces, while those who came visiting never bothered to hide their curiosity,their good humour or their longings.

I liked the sharp adrenaline of it all – it was one of my pleasures to walk home unharmed through the sometimes fearsome streets with all the nonchalance of a long-time inhabitant, the ease of belonging in my bones.

I had my own rituals on the way home from work, buying a Sydney Morning Herald from the knobbly old man on the corner who looked as if he had spent his lifetime marinated in booze; milk and bread from the girls at the supermarket; saying hello to the Bar Calais regulars who were still at their post, shivering in their mini-skirts, rat-faced from exhaustion after their long shift.

That night Angel was on my mind – the mythical name, dreamy eyes, her heart-breaking childishness had touched a nerve. Each time I asked someone if they knew a girl called Angel I felt like a woman in a fairytale. I had that sense of loss and urgency, of moving through a fog. Everyone knew her; no-one had seen her.

When I finally went to bed she even disturbed my sleep. I dreamed an old woman’s dream intricately connected to layers of the past, of my own daughter, her clear blue innocent gaze, trying to save them both from all the dangers of the world.